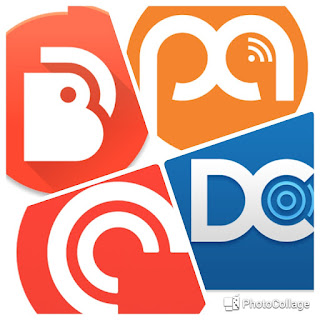 Years ago, I used to use Doggcatcher.  I can't even remember which apps I used before that.  I'd evaluated others, including "everybody's favourite" PocketCasts, but few had the sort of control and customisation I was looking for.  Then, in around 2011 or so, following an online discussion about podcatchers, I decided to try out BeyondPod 2.x, and was hooked, despite some quirks in the UI.

Version 3 was in beta at the time, and resolved many of those from my point of view; one thing led to another, and I agreed to work for BeyondPod's developer for a few hours per week, mostly handling support in their online forum (technically as a self-employed consultant, mostly just because it made international payments that much easier).

In my opinion, Version 4 had some different UI issues, but it did have a lot of functionality that worked for me, and I didn't actually see the UI much in day-to-day use, because for me a Podcast app isn't something that I spend a lot of time interacting with.  I just play my downloaded podcasts.  I may see the player, and occasionally add or delete feeds, or tinker with my playlists sometimes, but that's about it.


Fast forward 5 years or so, and the ownership of BeyondPod quietly changed hands in March 2016.  Since then, development has slowed down significantly, as it's now just one of many products being handled by a larger company, instead of previously being the only product being developed by the owner and founder.

A year later, after nearly 4 enjoyable years, followed by one rather more frustrating year of helping to support the app, I gave notice that I was leaving, wrote a detailed analysis of the state of play with the test version at the time, and walked away.  That was in March, eight months ago.

They released a new beta version, 4.2.19, just before the Thanksgiving holiday.  I'll leave it as an exercise for the reader to check the reaction to that in the forum.

What I want from a Podcast app

Due to the slower pace of development, including a lack of updates to address the issues I'd raised in that February/March report, and the lack of some features that I particularly wanted, I started looking for a new Podcast app which could provide the sort of functionality I'd been used to with BeyondPod, but with more active development.

I know I'm not typical, but what I'm looking for in a Podcast app is complex in setup and simple in use.  I want multiple "set it and forget it" playlists.  The vast majority of my podcast consumption is done whilst driving, and I really don't have the time or inclination to look through episodes, decide what I want to listen to, and manually build a playlist according to my requirements at the time.  What I do want is to listen to a predictable collection of different feeds, depending on the circumstances.  Over time, I'd created four different playlist types that I use for different situations.  For instance, I have some podcasts that I listen to on my own, and others that are saved for when Andy and I are listening together; one for general commuting, and one for longer journeys.  BeyondPod has Smart Playlist rules, and all I had to do to access each of my playlists was to tap a shortcut on my home screen to play the one I wanted at any given time.  (I like having a personalised / customised launcher just as much as any other app, and using Lightning Launcher, I have a separate driving-friendly home screen with larger icons than on my normal home screen, and a black background for use in the car.) 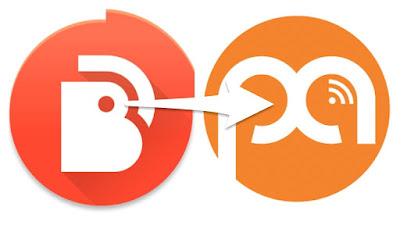 What did I find?

After much trial and error with various podcast apps, none of which quite fitted the bill for me, I found and paid for Podcast Addict in August this year.  It doesn't have the detailed Smart Play rules that BP has, but I can categorise my feeds (into as many categories as I like - not just the two that BP allows), and give each feed a priority.  It also has a number of features that BP had been promising for some time, or that had been requested and denied, including some that I wanted, and some I couldn't care less about, but had come up from time to time in BP's support forum, including:
It also (like BP) has Tasker integration, and there are a whole load of intents to control PA from Tasker.

Although I don't have the same level of precise control that BP's Smart Play rules offered, I was able to create substantially the same custom playlists by carefully setting up categories and feed priorities with enough variation that feeds that might be low priority in one playlist could be much higher relative to other feeds in another.  I exported my feed list from BP, and imported it to PA, prioritised and categorised my feeds, marked all the older episodes in my feeds as played, and created my custom playlists.

Like BeyondPod, Podcast Addict has a number of other features that I use, including:

The biggest thing that was missing for me at this point was the ability to start up a custom playlist from a home screen shortcut.  For a few months, I left it at that, manually switching to my desired playlist in PA's UI, according to what I was doing.  But the dropdown list is closely packed, so it was a bit fiddly, especially in the car.

However, when I got in touch, PA's developer, Xavier Guillemane, was happy to add some arguments to the Tasker intent that already existed to open the current playlist, to allow users to select and play (or not immediately play) any playlist, with or without bringing up the PA UI.  By creating a general Tasker task to play a selected playlist using those parameters to control the details, and a selection of other tasks, each with their own distinctive icon, that simply passed the names and required behaviour for each playlist to this task, I could then create Tasker shortcuts to those tasks on my home screen, and one tap starts my preferred playlist.

One thing that's still missing is cross-device synchronisation, which is a feature I had enabled but never really made use of in BP, and I believe that's in the works for PA too.
More detail added on 19 Dec 2017
Posted by Julie at Saturday, December 02, 2017

I have a BSc Hons in Computing (more years ago than I care to contemplate), and worked in software support for Hewlett Packard for 9 years after I graduated.

I had recurring back problems, and left HP to join Back in Action in 1993, having been impressed by the service they provided to me as a customer.
13 years later, in January 2006, I repeated the pattern of happy-customer-turned-employee when I joined The Veterinary Centre in Henley, having become a bit of a fixture during the last year of my dog Jazz's life while he was being treated there for canine lymphoma. I was originally the Office Manager there, looking after day-to-day admin and the computer systems, which gradually morphed into IT and Communications Systems Manager, until I was made redundant in October 2020 as a result of the Coronavirus pandemic.
In addition to this I had a part time job from June 2012 to March 2017, helping to support BeyondPod for Android - another job that came about because I was a happy user, and was already volunteering help to others on the BeyondPod forum.
For a history of my portable devices (and what I thought of them) on my Portable device history page.
I am also an ex-Toppy user (Topfield 5800 and 5810 PVRs) and now a considerably less-active member of the UK Toppy forum. We eventually bought an XTrend ET8500 Enigma2/Openvix PVR to replace the Toppy, which we've gradually been getting to grips with.
I was a big Google+ user (now Google Currents - Google's Social Media product), and a member of Google's Product Expert team of tech help volunteers in the Google+ Help Community. Most of my contributions were in various Communities, and I miss those since the G+ consumer offering was withdrawn in April 2019.
I use and am fairly knowledgeable about a number of other Google products too, but I really emjoyed answering questions about a product using that product, as well as answering questions about a product that I used regularly. I met some wonderful people from around the world in my time as a volunteer Product Expert for Google.
I'll post here sporadically (and definitely not regularly) about things that interest me enough in to put pen to paper (or rather, fingers to keyboard).