A personal view, and a call to break the chain 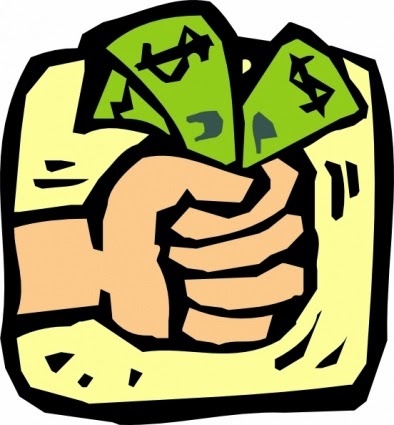 result, I received a private message from that person inviting me to post one of fourteen equally bizarre posts on my timeline, with no explanation.  The stated reason for this was to raise awareness for a particular charity.  Setting aside the fact that the only person whose awareness would be raised was me, which therefore calls into question the whole point, I declined.  I won't name the charity, because I strongly suspect that they don't even know anything about this particular "campaign".

This may be an unpopular view, but I see this as a worrying trend in social media, akin to old-fashioned chain letters, first on paper and then by email, which claimed wonderful things would happen to you if you continued the chain, and promised dire consequences for those who broke it.


What we donate to doesn't even necessarily have a lot of logic to it, as discussed by Julia Belluz in The truth about the Ice Bucket Challenge: Viral memes shouldn't dictate our charitable giving

The latest fashionable example is the ice bucket challenge.  As I understand it, you can protect yourself from being nominated by donating to the charity and posting evidence of your contribution.  So I suppose that's one way of raising money.  But what about those who accept the challenge?  How does the charity benefit then?  Is the person who nominated you supposed to sponsor you?  If so, that seems to have been very much lost in translation.

Is it trying to raise awareness for the charity?  If so, it's failed miserably.  I've actually made a point of looking to see what the cause is on the last few posts I've seen about it, and I still can't tell you what the charity is, much less what it's raising money for.  I suspect I'm not alone.  Do you know?

Edit:  For a more pragmatic view on how to choose a worthy charity to support (other than those that support causes that you have personally been affected by), see Scott Gilmore's post, Why the Ice Bucket Challenge is bad for you.  The TL;DR version boils down to this:


"We, as individuals and as a society, have finite resources to donate to medical research and other worthy causes. When we decide where to spend our charitable dollars, we need to consider three factors.

1. Where is the greatest need?
2. Where will my dollars have the greatest influence?
3. What is the most urgent problem? "

"This is why the ALS Ice Bucket Challenge is bad for you, and me, and all of us. Instead of supporting what is most needed, we support what is most amusing.

But you can change this. Print the simple reminder below, fold it up, put it in your wallet. And the next time you reach for your credit card number, pause and actually think.

How to ruin your cause for me

I may just be being belligerent, but the best way to make me unlikely ever to contribute to or raise awareness of your charity is to try to trick or guilt trip me into it.

I contribute to charities, and I'm fairly sure that the majority of people do, when they can. However, when I do, it's because I choose to, not because it's the latest social trend. If you want to win me over to a cause, please credit me with the intelligence to make an informed decision.

The particularly worrying part about using social media for a campaign though, is that most people have online connections with other people that they don't actually know very well.  Many people in my internet social circles have no idea what challenges I've faced in my life, or whether my friends or relatives have been affected by particular situations or medical conditions, terminal or otherwise.  If you challenge me to something on behalf of a charity, you probably have no idea whether either the challenge itself or the related charity may trigger upset or bad memories for me.

You also don't know my personal circumstances or financial situation.  I may be unable to afford to protect myself from nomination, or sponsor the next person in the chain.  Or I may simply not agree with the charity you're supporting.

For the record, my recent nomination didn't trigger any reaction other than annoyance.  However, a nomination for some other cause might have triggered a bad reaction related to some things in my life.  Whether I choose to share those events with you depends on how well I know you, and how I feel about telling you about them.  I may choose to share them with you as a way to support and help you because you're experiencing something similar yourself, for instance.

Actually, I'm not a particularly private person, but there are some things that I choose not to share with the world at large.  And that means that some people who are my Friend on Facebook or who follow me on G+ or Twitter probably don't actually know much about me outside those areas where our lives intersect, and can't anticipate what things might upset me. The same applies to many, perhaps the majority, of the other people you know online.


Think before you challenge

In my case it's fairly unlikely that you'll trigger anything serious, but for all you know, your challenge could trigger a relapse for somebody.  Even if it only brings up sad memories, is it really worth it?

So please, before you nominate somebody for the next "fashionable" social challenge, whether it's fund-raising or something apparently more benign (there are lots of other types of apparently helpful/encouraging challenges and nominations going around, apart from the fund raising ones), stop to think how your challenge might affect them, and whether it's the most appropriate way to do what you're trying to do.  If you're supporting a charity, maybe you could raise more money and awareness by publicly declining the challenge and doing something else instead?
Posted by Julie at Sunday, August 24, 2014